The monastery of Santo Estevo de Ribas de Sil is one of the most prominent and spectacular of the rich monumental heritage of Galicia. It was built between the 12th and 18th centuries.

IMPORTANT ANNOUNCEMENT!
Vehicle access to the monastery may be restricted in summer or at weekends. Instead, you can park in the designated areas (700m walk, with a slope) or come down to the monastery by tourist train (more information on +34 653 085 568 or tren@segmentodivertido.com).

According to most ancient tradition, Santo Estevo was founded in the 6th century by Saint Martín Dumiense. It might have been so, because the Christianization reached Galicia by the south route, through the Roman roads from Baetica to Braga and from here to Astorga and Lugo. The early monasticism also arrived this way.

With the privilege of Ordoño II, issued on 12th October of the year 921, the documented history about this monastery begins. The King gave to the Abbot Franquila the ruined and abandoned territory of San Esteban, with its groves, fishing and river banks, to build a basilica and monastery there. Franquila was said to govern a community of hermits and decided to restore the monastic life in San Esteban.

This was an important monastery since here, nine bishops went off renouncing their Episcopal seats and they chose the monastery to end their days throughout the 10th century and perhaps part of the 11th. The monastery kept their remains and has the nine mitres in its coats of arms.

The Church has a basilica-shaped floor plan, spacious and proportioned. It preserves the Romanesque front with three apses, being the central smaller than the sides, an unusual case in the Galician Romanesque. The facade of the church is from the 16th century or the beginning of the 17th. At the top there is a simple oculus that light up the interior and has a niche within we can see the image of San Esteban.

Inside the temple, the altarpiece of the chapel is a Renaissance work carried out by de Juan Angés in the 16th century. Among all scenes represented, we highlight in the lower section a double scene of the martyrdom of a man and a woman, which is identified with the double scene of scourging of San Vicente and Santa Cristina, as a tribute to the two added abbeys, San Vicente de Pombeiro and Santa Cristina de Ribas de Sil.

On one side of the transept of the church you can see a unique stone altarpiece difficult to date, since some authors place it in the 12th century and others in the 13th. It is a piece made in granite, long rectangular shape with gabled top, quite unusual for that time. It represents Christ in Majesty with the twelve Apostles.

The facade of the monastery is of Baroque style, built in 1736. We can see two images of saints of the order between columns: San Benito and San Vicente. On top of these, two coats of arms. To the left, the one of the monastery with the nine mitres which resemble the nine bishops. On the right, that of the Congregation of Castile. The imperial one of Charles V finishes off the collection.

We go into the monastery and we find the cloister of the main door, also known as the Knights, that is wide and of great dimensions. It is a work of Diego Island, Renaissance, from the 16th century. It has three sections, unlike the others who only have two, since the monastery is built in a field stepped towards the river Sil. It stands out the stained glass window which lies on one side as a result of the restoration of the monastery.

From the cloister of the main door we access to that of the bishops, that together with the church is the oldest preserved in the monastery. It is called so, because the nine bishops who went off to this monastery were buried there until their bodies were transferred to the church. The collection of different architectural styles makes up a homogeneous and harmonious whole. It has two sections: the lower is Romanesque and the upper one is of the transition from Gothic to Renaissance.

The monastery has another smaller cloister which is known as the kitchen. As the one of the main door, it is Renaissance and its author is Diego de la Isla. Here was the kitchen of the monastery and the refectory.

To get to the monastery of San Esteban de Ribas de Sil, we leave from Luintra, capital of the town council of Nogueira de Ramuín. In the centre of the village there is a place where you can see the fountain of the afilador (knife grinder). From this point, we have to take the road towards Parada do Sil. About ten minutes away, we turn off that road and drive to the left. This road will take us to the monastery. 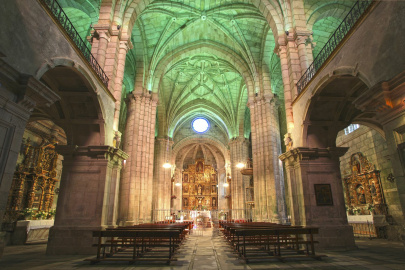 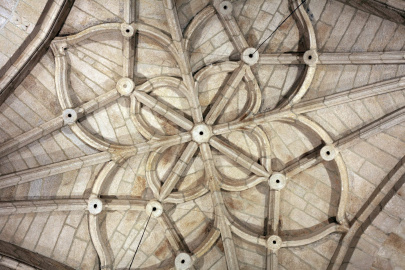 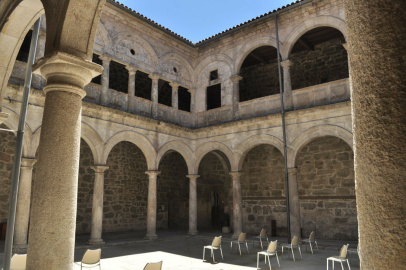 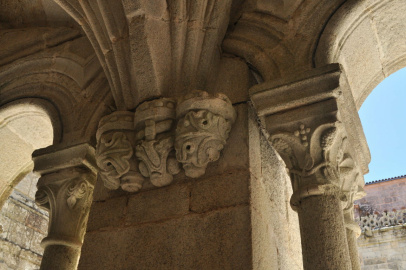 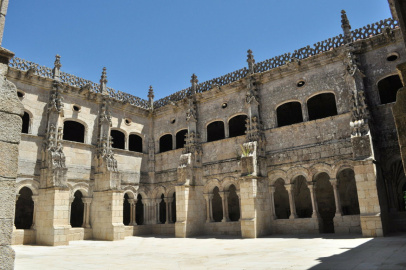 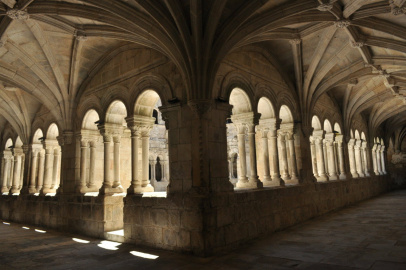 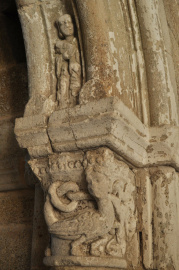 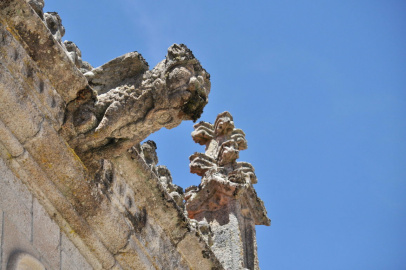 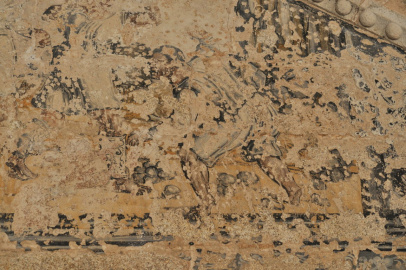 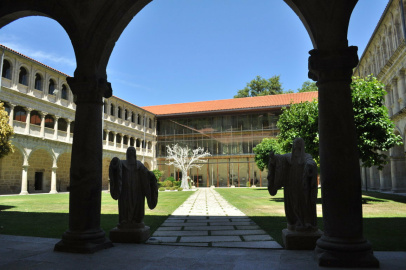 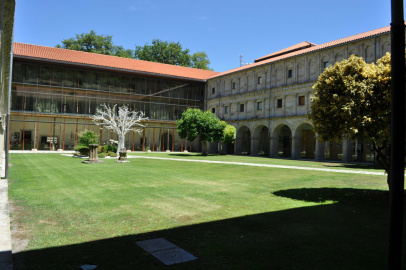 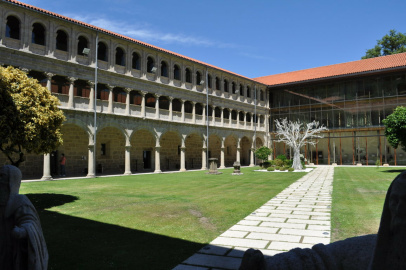 This monastery is opened all the year except on holiday of Paradores.
Year 2022: Closed from January 1st to February 24th

About 10 minutes from Luíntra. From the roundabout in the centre of that town, take the OU-0508 highway in the direction of Parada de Sil. Turn left after passing through the village of Pombar, and you will reach the monastery after 400 metres.