It is known that in San Vítor there was a chapel that was destroyed in the 19th century. During archaeological excavations in the surrounding area, a necropolis was found dating from the 9th and 10th centuries, with anthropomorphic graves that faced east to west. The necropolis is divided into two sectors, north and south.

In the north, the ground was prepared by flattening it and the tombs were then dug in a more orderly fashion. Several original covers have been preserved and the indentations made in the rock in which to place the cover can still be seen around the tombs. One notable tomb in this sector is 2.5 metres long, as it was extended in order to dig two graves next to each other, so that the foot of the second grave touched the head of the first. The bodies were wrapped in a shroud, possibly with a covering of earth, and then the covers were placed on crosswise.

In the south sector, the tombs follow the line of the rock and are arranged in a fan shape. The clearest tombs are those in the centre, which were well dug and quite deep.

On the other side of the esplanade is a large rock with a completely flat surface. On it was the chapel of San Vítor, which disappeared in the mid-19th century. To get from the south end to the upper section, there were originally some stone steps. Halfway up was an entrance corridor that must have been covered with slabs. At the top of the rock it can be seen that the surface was smoothed artificially. It still bears the marks of the chapel's foundations, which were partially destroyed when an electricity pylon was erected. The chapel could not have measured more than 12 m². Around the rock there are another four tombs. The one to the north is notable for some reused architectural pieces, possibly from a construction prior to the chapel that served to keep watch over the river Mao. It may have been from the Roman era, of which there are vestiges in the area.

In conclusion, it is thought that the necropolis must have come before the chapel and was associated with a rural settlement. The origins of San Vítor have nothing to do with the presence of hermitages or tombs or monasteries in the area; it must have been part of the early medieval land tenure system associated with rural communities prior to the reorganisation into parishes that took place in the 12th century. 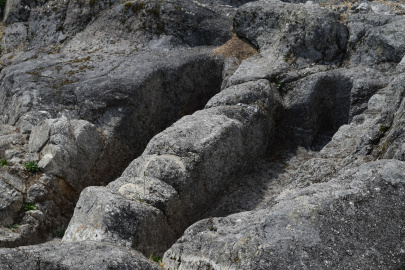 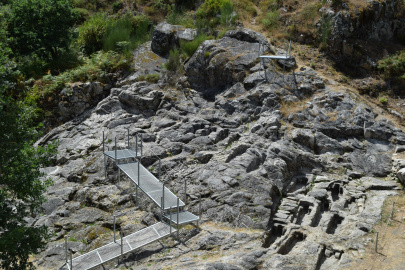 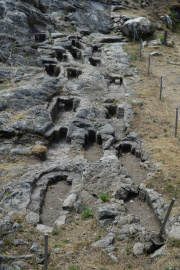 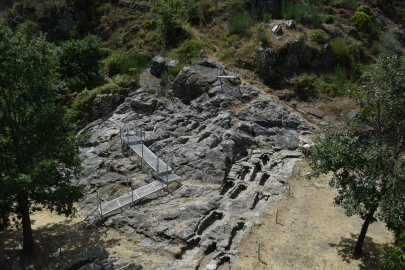 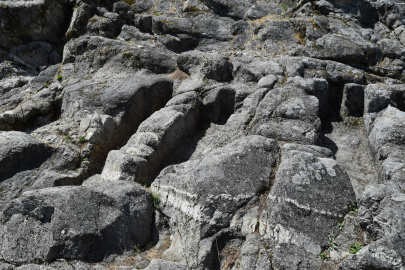 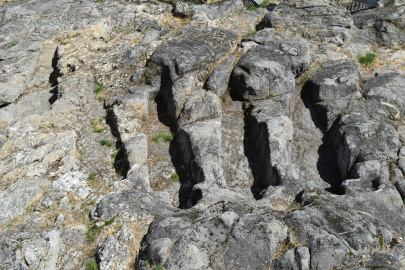 To get to San Vítor, start out from the Parada do Sil town hall, which is in the Plaza del Campo da Feira. From here, take the OU-0605 in the direction of A Teixeira. In about 20 minutes, you will come to the village of San Lourenzo, where there is a path that will take you to the necropolis.