This church belonged to a monastery of Benedictine nuns. In San Fiz, monastic life was conserved until the reform at the end of the 15th century, when the nuns of this order in Galicia were forced to move to San Pelayo de Antealtares monastery in Santiago.

This church has a strange, rustic appearance, since, in addition to its original design, it has undergone a number of subsequent reforms.

Inside, we can see 18th and 19th century altarpieces, a praying statue of Don Rodrigo, the replica of a 14th century Calvary (currently in the Clarissan Museum in Monforte de Lemos) and a number of interesting frescoes on the martyrdom of St Sebastian. On the outside, there are numerous decorative motifs, all with a deep symbolism. On the western façade, underneath the original belfry, we find a doorway with a dog-tooth archivolt resting on two jambs bearing figures of lions. The tympanum appears to be a star from a pre-Roman tomb engraved with a Greek cross and other symbols. 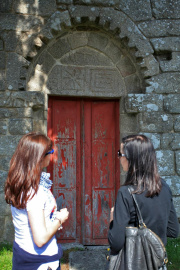 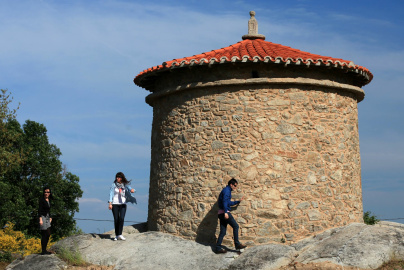 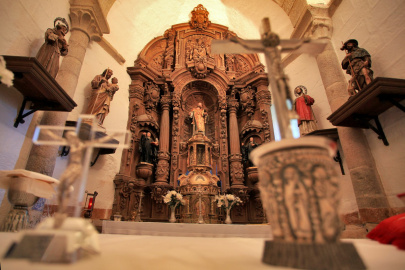