The Santa María de Seteventos church is a good example of Galician rural Romanesque from the end of the 12th century and beginning of the 13th century. Its origins, like many other religious buildings in the area, are probably linked with the Visigoth monastery established in the valleys of the rivers Miño and Sil in the early Middle Ages. The oldest references to this church date from 976 and link it to the monastery of Diomondi.

The church has a rectangular floor plan with one nave with a wooden ceiling, that ends in a rectangular apse, which is normal for the churches associated with the resettlement of the north of the Iberian Peninsula. It still has a triumphal arch on columns from the Romanesque period and a door with two sets of columns with capitals decorated with plant motifs.

The church's greatest asset is the set of 16th century murals that decorate the triumphal arch over the entrance to the main chapel, which show the Annunciation and the Final Judgement. 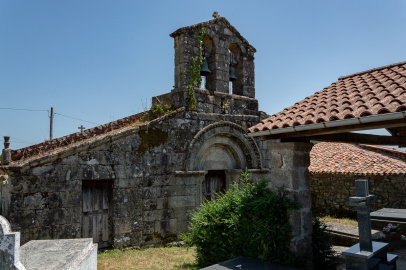 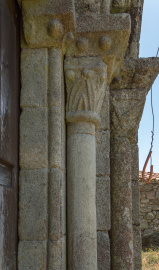 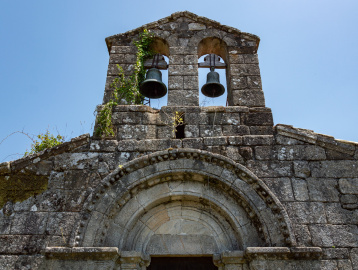 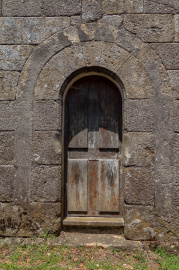 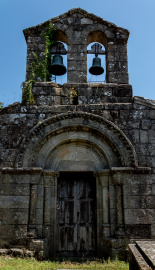 The church is less than 10 minutes from Escairón. At the roundabout in front of the town hall, take the exit to the public school and civil guard post, and continue on the LU-P-4102 for one km. When you see the sign for the parish church of Seteventos, take the right turn at the crossroads and follow the signs for approximately one kilometre.