Sgraffito in the Ribeira Sacra

After decades of using the Spanish term encintado - despite the word not covering this technique’s clear technical differences with richer decoration, made on plaster covering twisted vegetable fibres, lattices and even bricks - the term sgraffito was introduced in Galicia in 1995.

In light of the differences between the technique of producing decorations on lime and sand mortars, it was essential to give each practice a different name: encintados present “clear aesthetic intentions in the Ribeira Sacra, sealing, emphasising and regulating stonework and masonry joints”, whilst sgraffito represents “a more complex type of production, such as applying a second layer of plaster, etching designs with blades, knives or cucharines (the name of the tool in Galicia), scraping off the top layer until it hardens and exposing the lower layer, with its different colour and texture”.

We can find numerous examples of this technique across Galicia, the Iberian Peninsula and even Europe.

Sgraffito in the Ribeira Sacra

Because the Ribeira Sacra is a large, internally-diverse region and an important historical crossroads, both the variety and forms of sgraffito decoration in this area are very rich. Drops of water, vesicae piscis or floral patterns are some of the motifs to been seen throughout our destination.

In the last decade of the 20th century, over a thousand buildings decorated with lime coatings had been preserved. This may the be the largest rural concentration of authentic encintado and sgraffito decoration on the Iberian Peninsula. However, it is true that almost all examples are in ruins and some now only exist in photographs, mainly in abandoned houses.

For this reason, in 2017, in collaboration with the Tourism Consortium, a project was launched for studying and consolidating the examples which can be visited and which have the potential to become an additional tourist attraction. A new chapter in time, the opportunity to save important decorations and restore a technique, experimenting with it whilst putting forward other contemporary ideas for wall decoration.

PROMOTION PROJECT CARRIED OUT BY THE RSTC IN 2017

In the same vein as the beautification project A Touch of Colour in the Ribeira Sacra, carried out in previous years, in 2017, the Ribeira Sacra Tourism Consortium, in collaboration with the Galician Tourism Agency, launched a comprehensive plan for disseminating, restoring and raising awareness of this unique heritage, which is both so characteristic of the Ribeira Sacra and so unknown.

Several different actions focused efforts on studying and researching this technique, on restoring unique buildings, on experimenting with new wall decoration using lime and on raising awareness amongst the local population by means of workshops and information days.

1.- Research and digital publication "Sgraffito in the Ribeira Sacra. From cultural tradition to tourist attraction.”

As a piece of research and a publication firmly set on promoting tourism, and with a target readership of the local population and potential visitors, this work strives to incorporate a new symbol or icon for cultural and sustainable tourism into the Ribeira Sacra. It reminds us of the functions of decorative coatings, suggests some basic key points for understanding or “reading” sgraffito (aimed at tour guides and tourism promoters), justifies a commitment to bringing together sgraffito and wall painting (from samples of the tradition preserved in the Ribeira Sacra to examples of contemporary production in other locations) and to including possible sgraffito itineraries through the Ribeira Sacra (in addition to landscapes humanised by wine-growing, river and Romanesque routes and the Ways of St James).

Only available in Spanish and Galician [DOWNLOAD SPANISH VERSION]

Four actions were conducted in 2017. Two existing buildings were chosen for restoration, located in the cultural and scenic points of interest of Montefurado (Quiroga) and Campo (Taboada). Furthermore, two new projects were also carried out: one following traditional techniques, in Barxacova (Parada de Sil), and the other incorporating the input of muralists in the historical town of Castro Caldelas. The latter is in line with the Ribeira Sacra Tourism Consortium project already under way for improving and enhancing lacklustre landscapes with modern works.

The Tourism Consortium organised different workshops for disseminating the techniques used to produce sgraffito, with local artists (or others from further afield) and the local population in mind as the main target audience. Participants were offered the chance to discover all the materials used for sgraffito (types of paint, tools, how to make lime mortar, etc.) and to observe and practise their application.

This activity could be an awareness-raising channel aiming to involve the local population in the project, share knowledge and, at the same time, encourage them to contribute to the scenic integration and restoration of all elements that we classify as “ugly”. By doing so, they will not only contribute to beautifying their surroundings, but will also restore old sgraffito techniques and put them into practice, encouraging their continuity.

“Introduction to sgraffito techniques with lime”: These were eight-hour workshops (across two days) on restoring and producing new sgraffito decoration, targeted at architects, restorers, builders and other professional audiences.

Within the time-frame of each action, talks and visits were organised to share the project with the local population of each municipality and with anyone else interested. The aim of these actions was to bring sgraffito and lime decoration closer to the inhabitants of the Ribeira Sacra and to share this wide-ranging heritage with them. Shared responsibility was emphasised where caring for surroundings and landscapes is concerned.

Finally, the sgraffito technique was introduced to school children in a participatory, innovative way. By having fun as they immersed themselves, they would better absorb this technique and its materials and, at the same time, would begin to rediscover the façades created by their ancestors, valuing them as they deserve.

This project was undertaken in schools located in municipalities where sgraffito has been - and continues to be - very important. These talks took place in two primary schools and two secondary schools, amid great excitement. Roleplays, trivia, maps... and numerous different tools which students used to learn about the sgraffito technique, its importance, the materials involved, its concentration in this region and its variety of meanings. This was, undoubtedly, a highly enriching experience which was very well received by students. They can now transmit this technique to the rest of society, after understanding that part of our heritage is disappearing and requires greater attention and care. 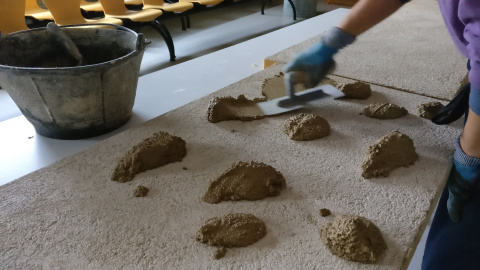 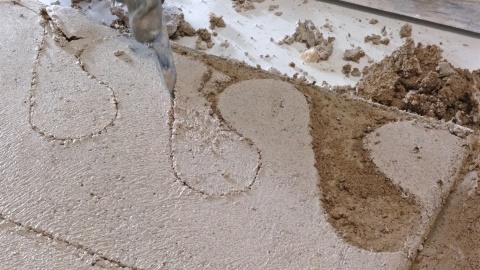 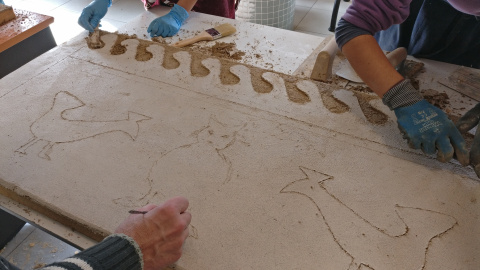 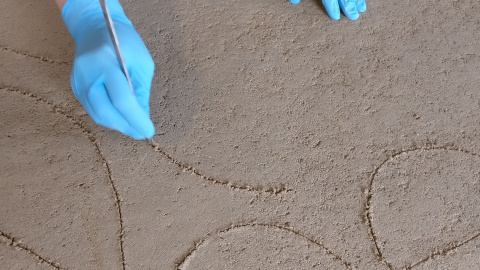 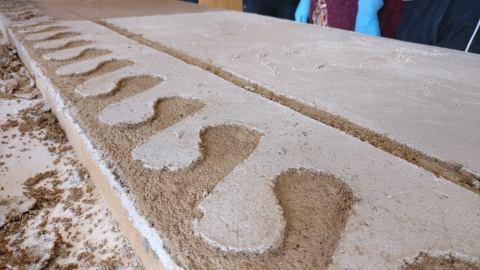 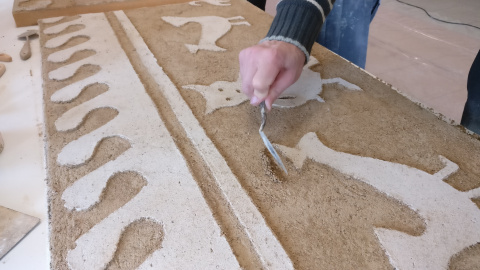 DISCOVER THE ACTIONS CARRIED OUT BY THE RS TOURISM CONSORTIUM

DISCOVER THE ACTIONS CARRIED OUT BY THE RS TOURISM CONSORTIUM