The "As Cabanas" tumulus park is a complex of seven monumental burials dating from 4,500 to 2,000 B.C. The cemetery is located on the final section before the waters from the Miño and Sil valleys meet and it sits on a peneplain delimited by three large granite outcroppings.

In the parish of Moura, at the site known as As Cabanas, there is a complex of seven tombs or tumuli, where different members of the group were buried. They consist of a funeral chamber and a tumulus, a mound of earth and stones that reinforces the surface of the chamber.

According to the archaeologists who evaluated this site, “This prehistoric cemetery could certainly delimit the territory of the original farmers of the land now known as Nogueira de Ramuín.” In fact, if you look carefully, you may even find an ancient wayside cross on one of the stone blocks of Monument M6.

Today, all seven funeral tumuli have gouges where they have been looted, while four of them still have remains of the chamber and the covering. 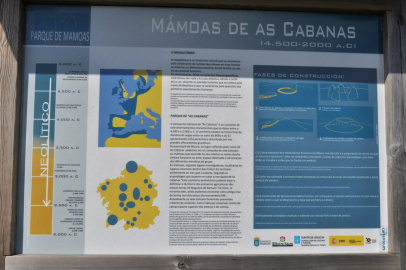 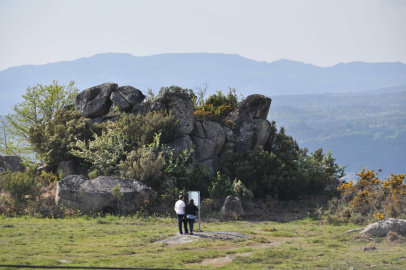 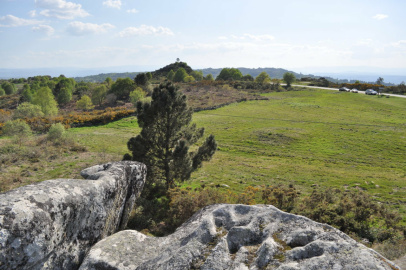 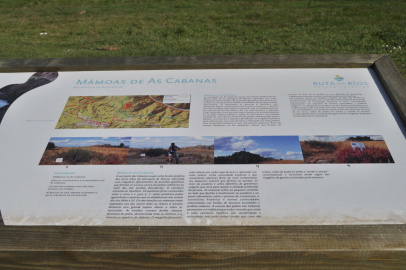 The tumuli are 3 minutes from Luintra. At the roundabout in the centre of the town take the OU-0508 in the direction of Parada do Sil, and at the football field take the side road on the left that goes to Moura. 800 metres further on, on the right of the road, you will see the interpretive signboards.