Along this section of the Winter Route of St James, we will discover many of the Ribeira Sacra's best-kept secrets. Striking landscapes, villages which still preserve a purely rural essence and former churches and monasteries are just some of the attractions on this historic detour from the French Route.

When winter fell, and snow covered the peaks of the nearby Os Ancares and O Cebreiro mountains, routes would be closed because of the snow and travellers heading towards Compostela sought alternative routes for their pilgrimages. Many of them, embarking on the French Route of St James from all over Europe, would spend the winter in Ponferrada, while others opted to follow the course of the river Sil to enter Galicia. This route led them along the Sil Canyon through different towns, such as O Barco de Valdeorras, A Rúa and Quiroga, avoiding the high, snowcapped peaks. Further along, they would climb up to Monforte, from where they would continue towards Chantada. After crossing the Faro mountains and finally, after passing through Lalín and Silleda, they would arrive at their destination: Compostela.

This itinerary should not be considered a hiking route. It is a long-distance trail requiring logistical planning. The use of a GPS device to store the track of the route is highly advisable.

Nowadays, pilgrims can also choose which route to take once they reach Ponferrada. Opting for the Winter Route means travelling across the Ribeira Sacra, in a total of four stages.

The first of these - the first to cross the borders of our region - starts in A Rúa and ends in Quiroga. The difficulty level of this 28-kilometre stage is low. It follows the river Sil along a good part of its course and passes through the so-called Montefurado Tunnel: an impressive feat of Roman engineering. In Quiroga, we can visit the Archaeological Museum.

The second stage joins the towns of Quiroga and Monforte. Covering a total length of 33 kilometres, its difficulty level is moderate to high, given the considerable difference in elevation between the banks of the Sil and Monforte. Here, pilgrims can visit the monastery, the count's palace and the keep: a complex named San Vicente del Pino which is now a National Parador hotel.

During the third stage, pilgrims walk from Monforte to Chantada, covering a distance of 31.6 kilometres. Most of this route follows an old Roman road. This section is considered to be of medium difficulty, with 2.5 kilometres of steep gradients. During this stage, pilgrims have the chance to visit numerous examples of the area's Romanesque heritage and to take in the picturesque landscapes of the banks of the river Miño.

In the final stage of the Winter Route through our region, pilgrims travel from Chantada to the town of Rodeiro. This difficulty level of this 26-kilometre stretch is moderate. Pilgrims climb up from Chantada up to the chapel of Nuestra Señora do Faro, located in one of the highest parts of this mountain range separating the provinces of Lugo and Pontevedra.

From there, only another three days are needed to reach Santiago de Compostela, after crossing the towns of Lalín and Silleda.

We recommend visiting each and every one of the villages and towns taken in by the Winter Route, since they all offer something interesting to discover. You can find further information on them at their tourist offices and on this website.

Way of St James - Winter Route in the Ribeira Sacra 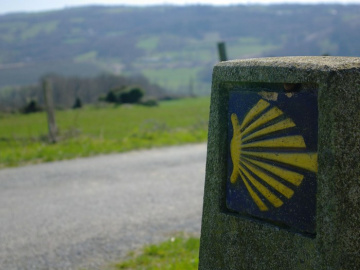 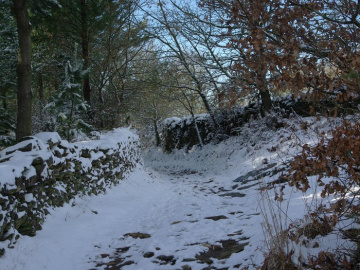 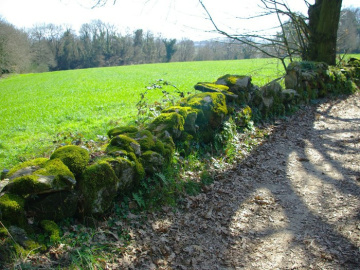