Between the Miño Canyon and the Dorsal Galega range, with Mount Faro as its summit, the town's beautiful old quarter and numerous examples of Romanesque architecture are particularly striking.

This municipality's geographical location makes it the “heart of Galicia”, and it offers a variety of landscapes, blending both mountain and riverside scenery. Its attractions include rich, impressive Historical-Artistic heritage sites, which heavily feature the Romanesque style.

Many authors link the origin of the name of Chantada to “Plantata”, most probably in relation to a historical defensive fortification. The old town preserves traditional arcades, especially in the street Rúa do Comercio.

From the square of Santa Ana we would start a route that would take us by the streets Rúa Leonardo Rodriguez, Rúa do Comercio... to reach the square Plaza del Cantón, where there is the colonial mansion Casona de Lemos, restored by Gallego Jorreto and which today houses the tourist office, the library and exhibitions halls.

In the square, the 'old church' is, an old parish church where Santa Marina is venerated among others, which was substituted by the modern church located in the street Rúa Juan XXIII in the 80´s , although the oldest is still operating.

In this square deserves our attention the typology of traditional housing, with their wooden balconies and galleries. In the background we can see the current town hall, formerly a municipal prison. It is specially bustling every month on 5th and 21st, the fair days in Chantada. Local producers fill the square of eggs, chickens, rabbits, cheese, vegetables, nuts... that bring from the area of the riverbanks, normally favoured by a milder climate.

If we continue to the boulevard we find the Asma River walk, where an old traditional mill has been recently restored, which also leads us to a very important cultural aspect for the local people, that is, his famous song "Muñeira de Chantada". Recently built, the walk leads us to the recreational area in O Sangoñedo, where in addition to playgrounds in beautiful natural surroundings, the municipal football field is located.

We should not forget that crossing the Asma river in the neighbourhood of A Ponte, you can see the monastery of San Salvador of Asma, the real architect of the local progress of the town. It preserves the Romanesque 12th century church, besides having a great altarpiece in its interior and ceiling linked to the mother house of Valladolid.

Close it is the livestock market and the bus station.

We recommend visiting any of its festivals, deeply rooted in tradition: the Entroido Ribeirao (Ribeiran Carnival); the Nuestra Señora del Faro pilgrimage, in August and September; the Folión de Carros (Cart Festival), in August; or the Chantada Wine Fair. For further information, you can consult the festivals section. 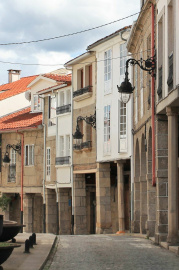 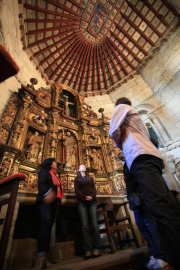 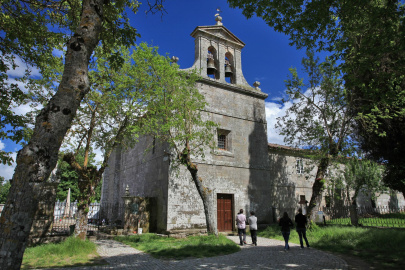 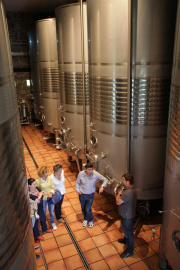 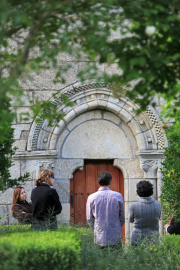 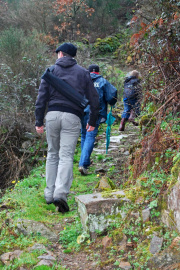