A number of Neolithic tombs can be found in the parish of Santa María de Abuime, in O Saviñao, Lugo, but the Abuime dolmen is unusual because its chamber is open.

Dolmens and menhirs, in other words, standing stones, are features of the megalithic era, which dates from the Middle Neolithic to the Bronze Age. In this prehistoric period, when the climate was hot and rainy, the population gradually settled, contributing to the development of agriculture and therefore establishing a habitat in a particular territory. Close to these habitats, the first tombs were erected, which, unlike the dwellings, were built with non-perishable materials so that they would last over time.

The Abuime dolmen has six tall granite blocks that outline a floor plan 3 metres in diameter. Its dimensions are evidence of a large stone chamber that now has no roof. It is not possible to see whether or not there was a corridor since not all of the stones have been preserved. These passages or corridors were typical of the time when megalithic art was at its height and emphasized the monumental nature of the tomb.

Lastly, the chamber would be covered with a layer of earth and small stones. In other words, its final appearance would be like a small mound, known as a tumulus, with a line of slabs across its diameter.

Text taken from “More than Romanesque”. 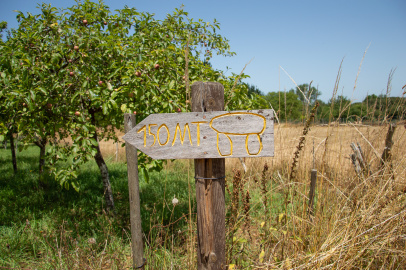 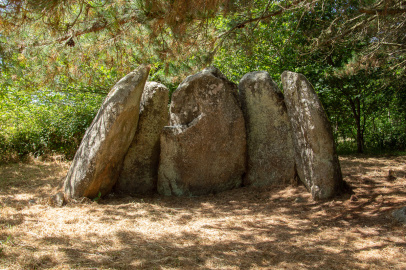 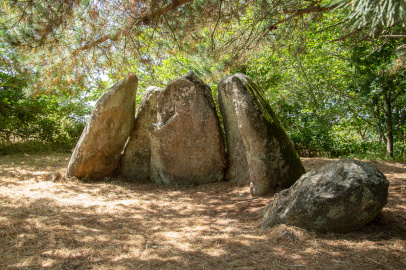 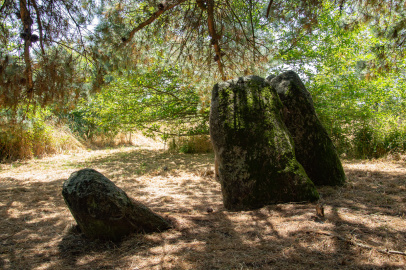 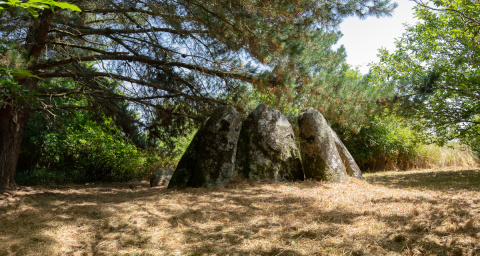 The dolmen is 10 minutes from Escairón. At the roundabout in front of the town hall, take the exit to the public school and civil guard post, and continue on the LU-P-4102 for one km. Go through the Santa María de Seteventos crossroads and at the next crossroads turn right towards Abuime on the LU-P-5804 and follow the signs for 2 km. The dolmen is on a farm to the east of the village and it is necessary to park and walk a few metres.