A Cubela Meander and Village

As the river Sil flows through A Cubela, it forms a spectacular, almost 355° curve, one of the iconic picture postcards of Ribeira Sacra. We recommend that you go to the A Cubela lookout point, which is some 500 metres from the village to see the meander.

The village of A Cubela lies on top of an old Roman gold mine, and its traditional reddish stone houses with slate roofs are well preserved.

Hiking route PRG-180, which is approximately 13 km long and goes through Torbeo and and along the banks of the river Sil, passes through here. 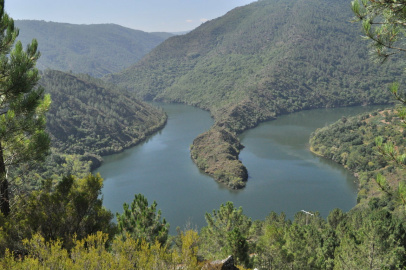 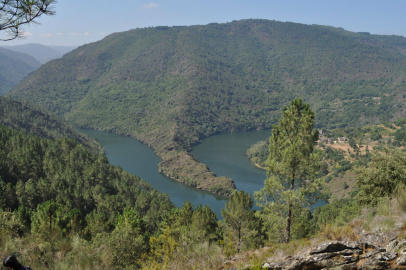 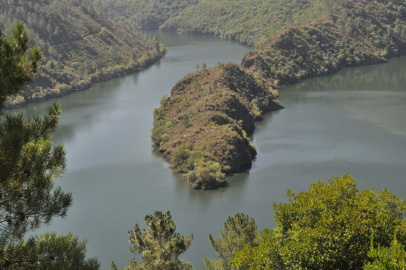 The village is 30 minutes from San Clodio. Take the N-120 in the direction of Monforte de Lemos and at kilometre post 495 turn right towards Rairos and Torbeo. Go over the national highway and at the crossroads turn right towards Torbeo, 10 km away. At Torbeo, turn right onto the road to A Covela. The lookout point from where you can see the meander is some 3 km from the turn-off, and the village 500 metres further on.