The church of San Xoán da Cova is another of the Romanesque jewels of the Ribeira Sacra, not only because of its construction but also where it stands.

The church has many similarities to Santo Estevo de Chouzán as it dates from the 12th century (except for the belfry), was moved from its original location because of the building of the Os Peares reservoir and it was originally part of a Benedictine convent.

The main façade has a door with a pointed arch with three archivolts and on the tympanum is an inscription thanking the soldier Pedro Garcia for paying for the construction work.

However, its most important feature is the north wall, with a door that belonged to a small chapel that was not moved and is therefore gone; and, in particular, the existence of a grave with a recumbent statue of Mother Abbess. 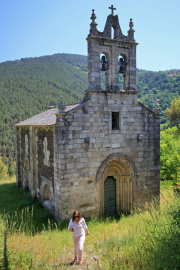 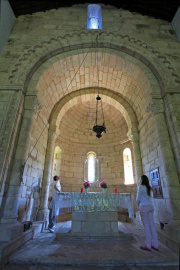 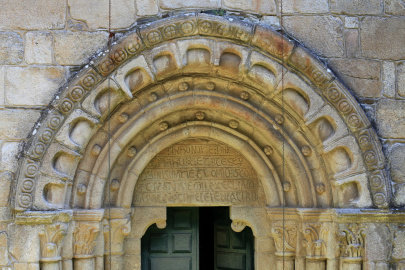 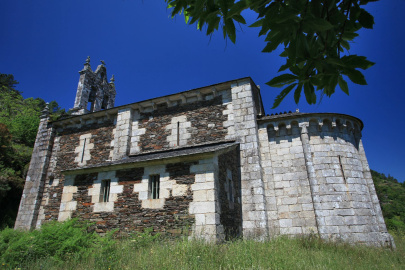 The church is 25 minutes from A Barrela, going west on the LU-P-1001. In Placería turn left in the direction of Chouzán on the LU-P-1006, which ends at the LU-P-1801. Turn right on this road following the signs to San Xoán da Cova, which is 6 km away. It is advisable to leave the car here and walk the 700 metres to the church.