Did you know that the so-called Galician Escorial is in Monforte? This is just one of the many surprises awaiting you here, because Monforte is a city full of important monuments, museums, services and centres of interest.

The Ribeira Sacra is one of Galicia's most remarkable places. Together, its rivers, landscape, wealth of Romanesque monuments and cultivation of Mencía grapes form an attractive whole, with an ever-increasing number of tourists.

At the geographical heart of this area sits Monforte de Lemos, which is also the only city. For this reason, it is the ideal place for discovering the Ribeira Sacra, as its central location will allow you to plan your trips in a convenient, balanced way.

The origin of Monforte is to be found on Mount San Vicente.This vantage point, which to this day still overlooks the city, was originally known by the Romans as “Castrum Dactonium”.

In the mediaeval period, Monforte was a unique example of a feudal city-fortress, built around a monastery, with a castle standing on a strategic knoll (Mount San Vicente) and surrounded by a walled area dotted with defensive towers.

Of the perimeter of the walls, which date back to between the 13th and 15th centuries, extensive sections, three towers and three gateways to the town are still standing.

Above the castle juts the Keep, well-preserved and restored inside; from the top we can see the Lemos valley, carved out by the course of the river Cabe.

Later, two individuals would be fundamental in the history and shaping of Monforte: the 7th Count of Lemos and Cardinal Rodrigo de Castro, the driving force behind Nuestra Señora de la Antigua college (known as the Piarists, as it houses a college of that community), also known as the Galician Escorial, because of its similarity with that building.

Within the urban area, in addition to the Mediaeval Bridge, particularly noteworthy are the Clarissan Sacred Art Museum and the Muíños de Antero Stately Home, among others.

As a city, Monforte's defining urban features are the river Cabe, which runs through its centre, with a splendid promenade on th banks, and the railway.

The impact made by the railway on Monforte is reflected in the fact that, after its inauguration, Alfonso XII granted Monforte city status (1885).

Nowadays, this railway tradition has resulted in Monforte becoming the home of the Galician Railway Museum, and the area's wine-growing tradition has transformed the city into the site of the Ribeira Sacra Wine Centre. 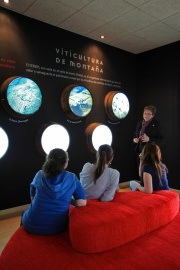 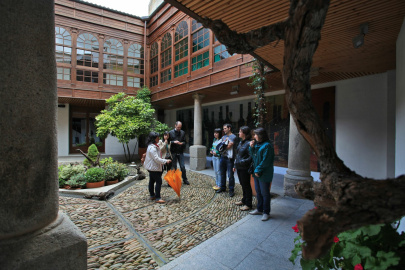 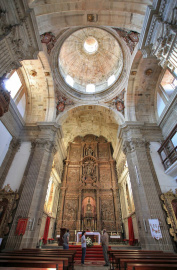 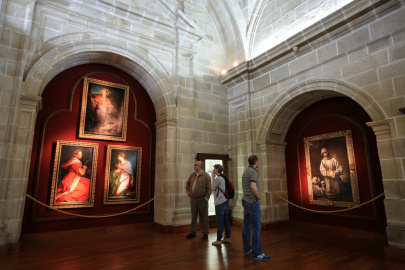 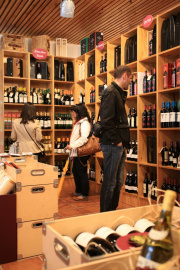 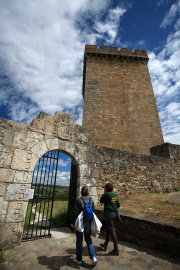 Monforte de Lemos is located on the N-120 highway, which connects it with Ourense. It is also possible to access the A-6 motorway to the north via Sarria, and the N-540 highway to the west via Chantada.