The original name of this church was “Beremendus”, which is believed to be Visigoth. Over the years it was renamed "Bermudus", later evolving to "Bermuy", a toponym with which it is mentioned in a document from 1223.

With the exception of the upper part of the front wall, which has suffered a number of modifications, the church is almost entirely Romanesque. It has one nave, with a ridged wooden and tile roof that is reinforced on the outside with asbestos.

Inside, the paved floor is slightly higher than it was originally, which is confirmed by the fact that the bases of the triumphal arch are partially buried. This arch has engaged columns in a sinlge order as well as various historiated capitals, one of which contains the figure of Samson fighting lions.

The apse, which is rectangular, also has a ridged wooden roof and the sacristy is attached to its north wall. In the sacristy is a small treasure: an antefix cross resting on an Agnus Dei that was originally on the front wall of the apse.

The greatest artistic jewel of Santa María de Bermún can be found on the tympanum of the main door of the church, which, unusually, is in three parts. In the centre is the figure of a child with a head that is out of proportion to the size of his body; to his left is a lamb standing on all four legs, and to the right a stylised interwoven design. This last decoration seems to be more cut out than sculpted. The entire piece is surrounded by an arch resting on attached single order support columns. The columns have capitals with quadrupeds and leaves with a human head. 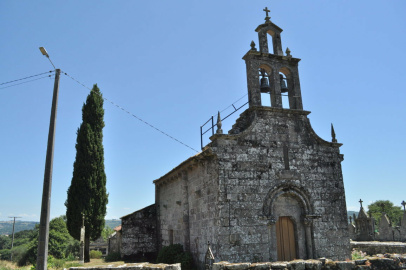 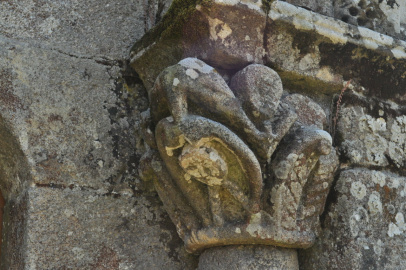 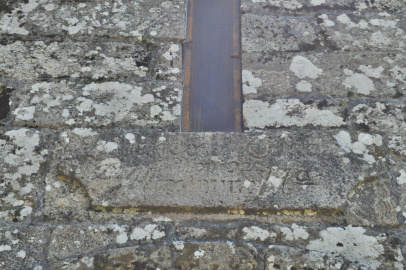 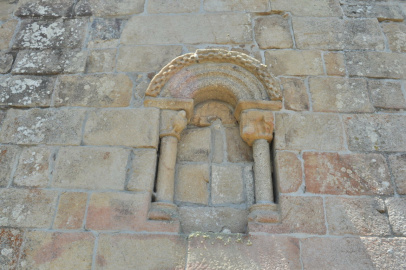 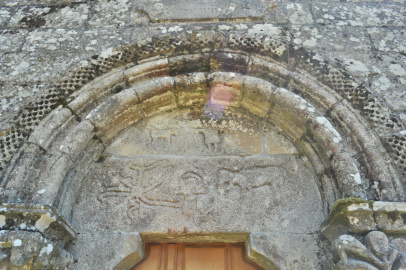 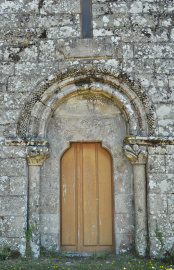 The church is 20 minutes from Chantada. Take the LU-213 in the direction of Santiago/Lalín. At km post 3 turn to the left on the LU-P-1002 and continue for 9 km to Esmoriz. Turn left towards Bermún and follow the signs to the church, which is 1.4 km away.