The church has undergone considerable remodelling over the centuries, which has altered the original Romanesque structure. It has one nave, a side chapel and a semicircular apse, onto which the sacristy was built in 1780.

Outside, the apse has four embedded columns decorated with a variety of motifs, ranging from anthropomorphic to plants and zoomorphic. The zoomorphic elements, which consist of four quadrupeds, are very similar to those located in Santiago de Lousada in Carballedo and San Salvador de Asma in Chantada. The corbels that hold up the cornice also repeat the same type of decoration and have the same influences. The composition is finished off by a beautiful, complete window flanked by chequered moulding and two columns with capitals decorated with birds.

The nave, which has been completely rebuilt, has various Romanesque elements redistributed along its walls, including a tympanum on the south wall. This tympanum shows three large-headed figures dressed in tunics. The central figure is bigger and stands in an attitude of blessing. It is probable that the piece was part of the old Romanesque main door.

Lastly, inside, the apse has four decorated columns, the capitals of which show Daniel among the lions, large leaves and various four-footed animals. The decoration is completed by a number of murals painted on the vault by Guerra Mosquera, which date from the 16th century and show scenes from Genesis. 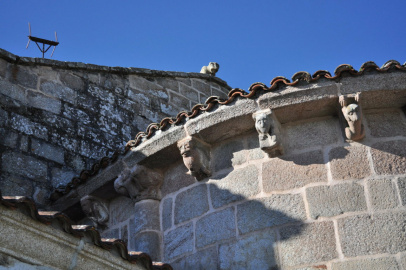 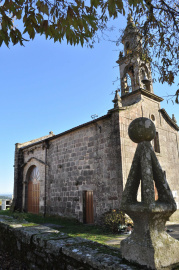 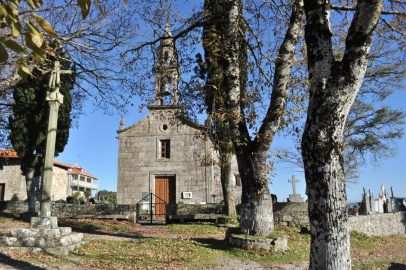 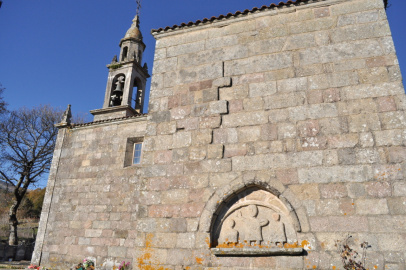 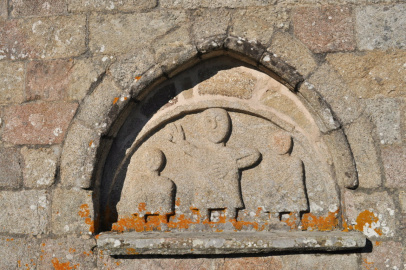 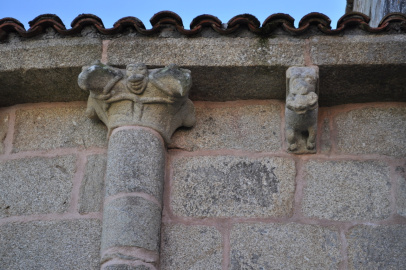 The church is 15 minutes from Chantada. Take the LU-213 in the direction of Santiago/Lalín. At km post 3, turn left on the LU-P-1002 and continue on for 5 km, through the village of Xoanín to a crossroads, where you turn right and follow the signs to Nosa Señora do Faro. In just under 2 km you will come to Fontela, where the church is located.