In addition, the town of Os Peares is characterized by being a place of union. The rivers Miño and Sil (also Búbal) meet here, as do four municipalities in two different provinces.

Its unusual position gives the town a complex layout, and at times to get from one place to another it is necessary to go a long way round, as it is sitauted on different banks of the river. During the 20th century it was very prosperous as it had the Os Peares reservoir and a railway station to create employment.

When visiting this small town, you should not miss the Eiffel-style iron railway bridge, the conflux where the river Sil joins the Miño, and the Os Peares reservoir complex with houses built on vertical walls, and the water dropping down the wall of the dam.

There are also several unusual houses, a river beach on the river Búbal, and a group of artistic murals by the railway station. In this same place is a sculpture dedicated to Rodolfo Prada, an intellectual and proponent of the Galician language, founder of the Galician Nationalist Association called the Irmandades da Fala, and a great supporter of Alfonso Castelao during the latter's exile in Argentina. 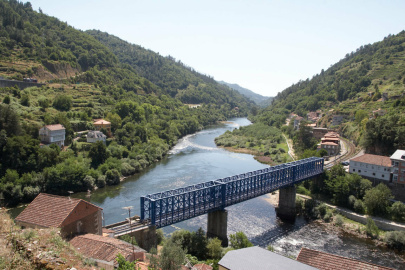 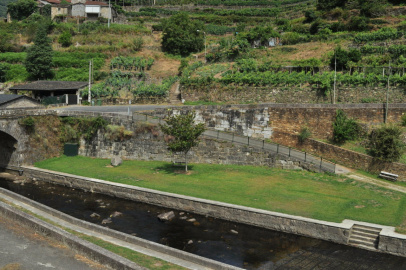 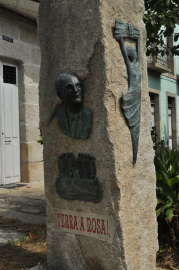 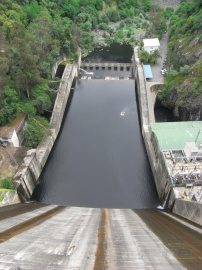 Os Peares is located at the foot of the N-120 road connected to Ourense and the region of Monforte de Lemos. To the west is A Peroxa and to the north, Carballedo.