It was built between 1812 and 1861 in Neoclassical style and is notable for its height and its severity. On the main façade there are two bell towers with symmetrical recesses that are linked by a row of stone balconies above the central section. The central section has two buttresses and a small balcony over the main door with a stained glass window depicting the figure of the Virgin.

Inside, in addition to the altarpiece, are three large paintings with religious subjects that are copies of works by Murillo and Velázquez. There is also a curious collection of relics in the shape of a human arm and a urn with a recumbent Christ.

Outside is a garden with a stone wall around it. In the garden are two 17th century crosses and three monoliths with faces that make up the “Monument to the Magistrates”, in homage to three famous people from Castro Caldelas who pioneered the use of the Galician language in the courts.

This area is of great importance as it is where the great bonfire that marks the beginning and end of the festival of the “fachós” is built. “Fachós” are torches made of bundles of rye straw. The festival is celebrated on the 19th of January, the eve of St. Sebastian’s Day, when people parade through the streets with the torches before throwing them into the bonfire.

It is in this church that the “Irrio” can be found. This is a traditional mask that is worn during the festival of Los Remedios and used as an oblation for the Virgin.

Inside, you can visit the Parish Museum. 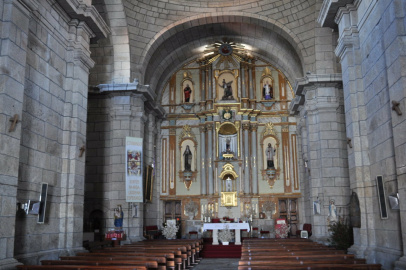 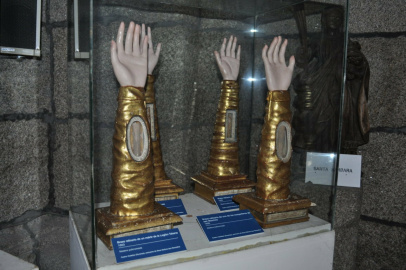 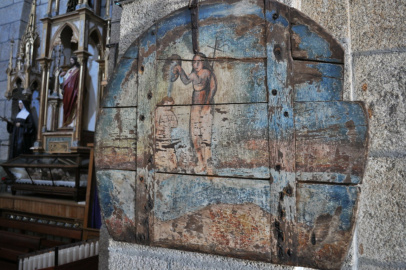 The sanctuary is in the centre of Castro Caldelas, by the OU-536.